To start this blog, I want to focus on a piece of hardware that has caught a bit of interest recently. It is the NJ-250A “NJ Pocket”, a very cheap (under $20) console that can be obtained from several internet retailers: 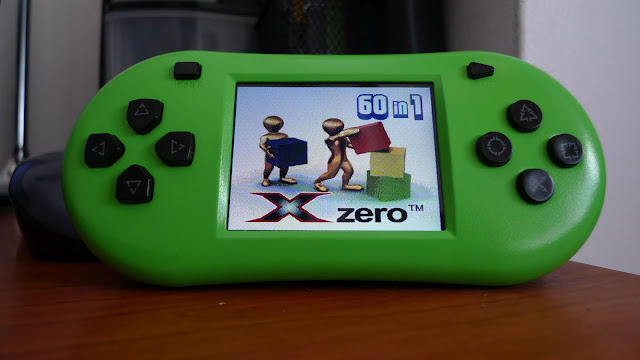 The machine itself is manufactured by Shenzen Nanjing technologies. While a longer, more detailed post on them will be in order later on, SN is known to be a manufacturer of NES/Famicom pirate and original carts. However, this machine does not carry any NES games. In fact it rather carries 60 “original” games, and by that I mean games that despite using stolen art and audio, are original games and have the very bad gameplay to prove it.

Never the less, it’s very obvious that the games look nothing like a NES. Something very different was inside.

The very fine folks at PGC Forums, led me to the right path – the hardware inside is based on the V.R. Technology’s VT1682 solution, a completely original SoC, that while inspired by the NES hardware, has none of the custom parts. Even more interesting, VRT themselves offers  detailed datasheets (PDF) , programming guides (PDF)  and even a compiler/emulator for the hardware. The specifications are also interesting:

Interest piked, I went ahead and decided to tear down the device. It’s a pretty simple and uneventful job, with the same screws for every single part and 4 plastic tabs holding the case and boards. Beneath the LCD (a very bright but slightly low res screen), all one could find is the familiar epoxy blurb of the CPU and some shoddy patch soldering: 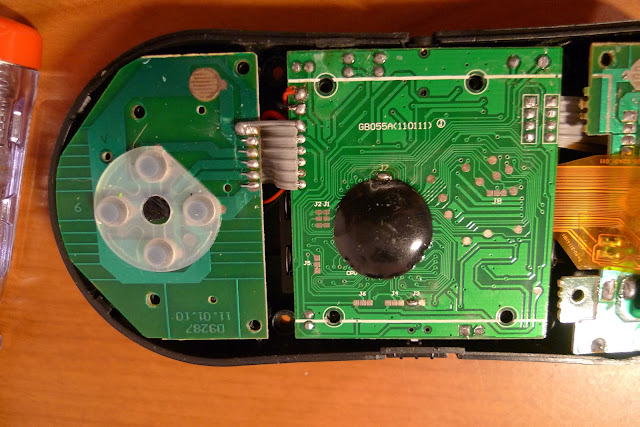 Notice the test pads and jumpers. Hoping some of these lead to the serial port, but it’s too soon to say. However, turning the board around we get some good news: The flash chip isn’t coy to its origins, and reveals itself as a 256Mbit, 16-bit data bus Intel StrataFlash. With a nice, compreensive datasheet around, it seems the task of reading and writing to it isn’t impossible. In addition, the small board where it rests seems to have pads that could have been used for the original flashing process. The other two IC’s are also easily identified:

While the purpose of the later is obvious, the former confounds me. Best I can imagine is that it’s meant to hold some sort of save data. Next post will detail what I found out about the machine pinouts and my plans to dump the data.

One thought on “Exploring the NJ Pocket”